Corona features not covered in the main tutorial

Below I've decided to add most of the newly added features that were not covered in the main tutorial. The Corona Addon was heavily re-designed and updated during the past few months (due to new Corona Standalone versions) and it may not work correctly (or at all) with the previously downloaded exporters, Standalone Versions or Blender scenes created using them.

For the most recent updates and feature review please check the bitbucket development site.

This is one of the features that changes the previous Corona workflow most significantly. Previously you could just let your render passes run forever, until the noise level was low enough. Currently the passes (or noise level) have to be set up before the rendering starts, as well as the Denoise settings. 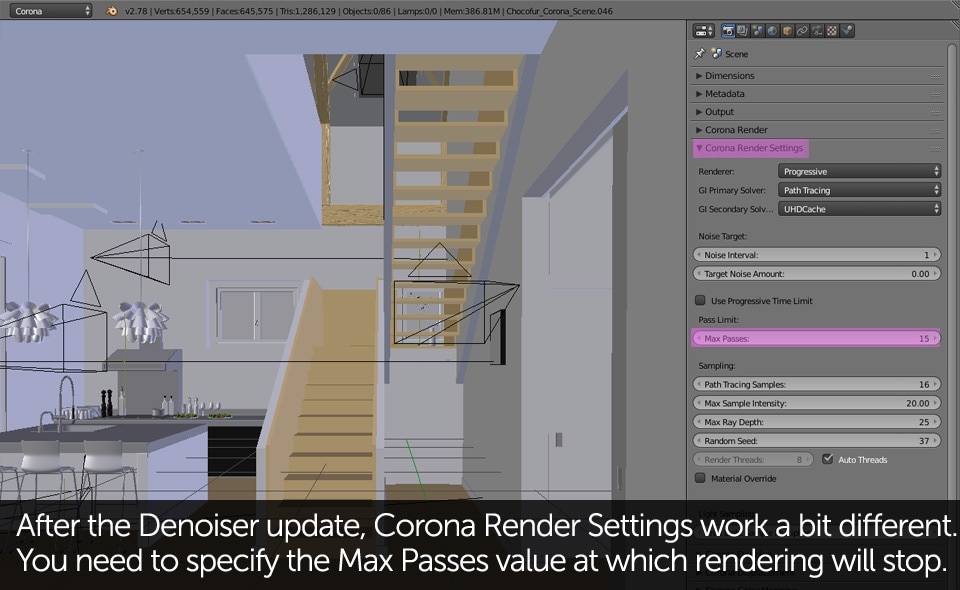 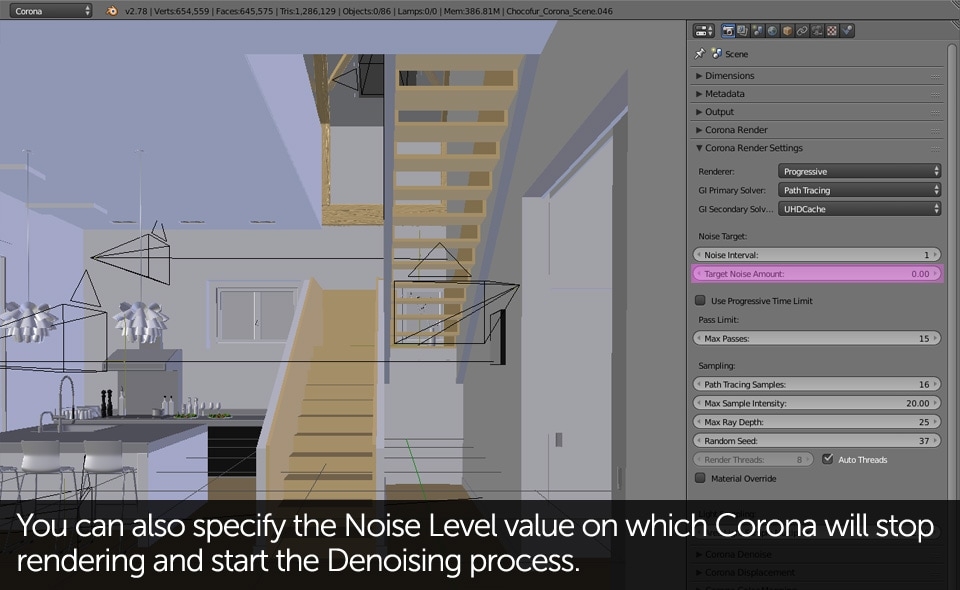 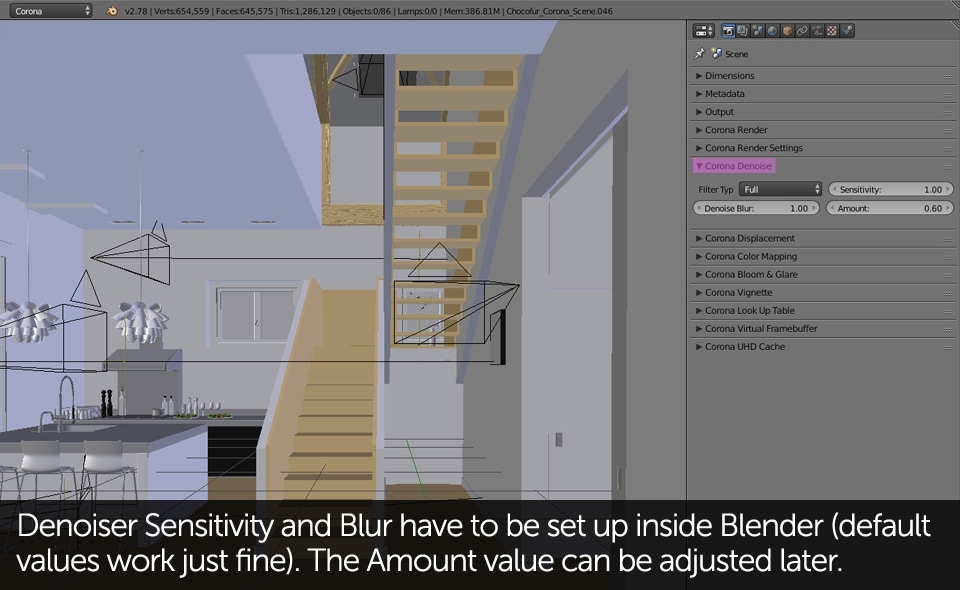 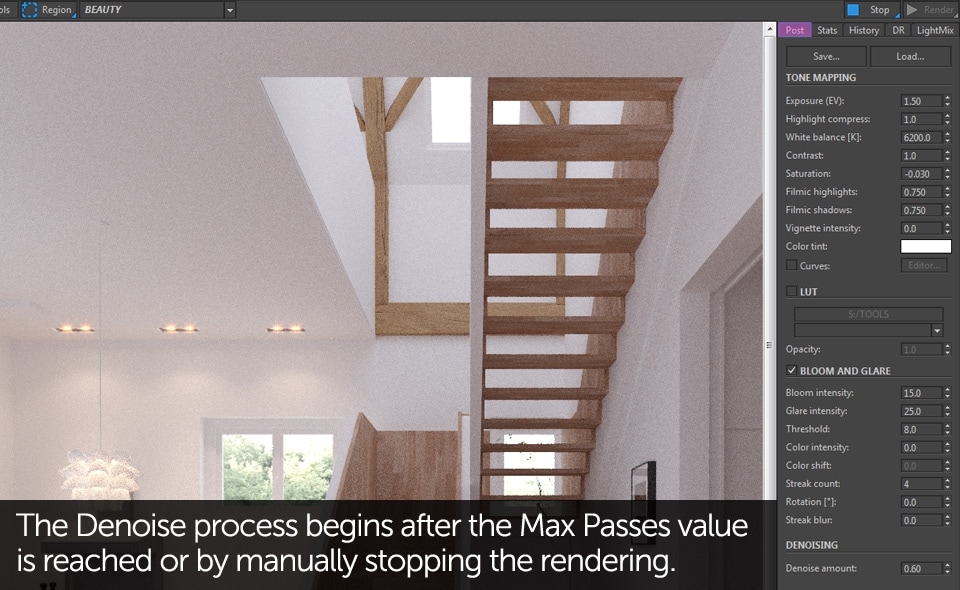 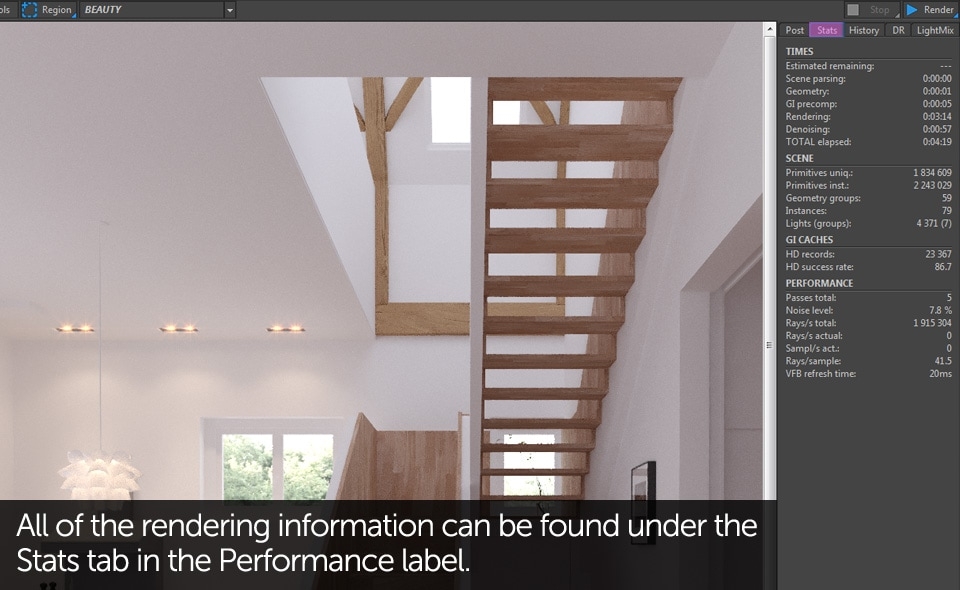 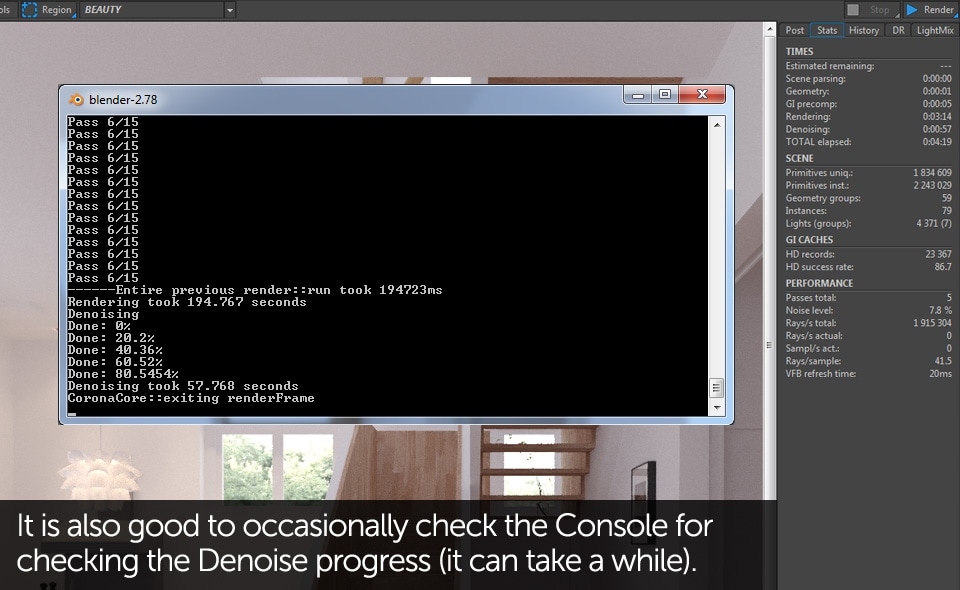 The new settings may be a bit confusing at first as the rendering seems to be slower and more noisy than in the previous Corona releases. However, that's the way it's meant to be working. In a difference to the previous settings where at least 50 passes were required for a clean image, it's now usually enough to use around 25 passes or the noise amount around 5% or less. By setting both values the rendering process will stop at "whichever comes first", meaning sometimes these 25 passes won't even be necessary, as the 5% noise level will be reached faster, cutting the render times even more.

This feature doesn't change much of the existing features but add a great extension to the material creation process. With the node workflow we can now add image textures much easier, as well as create more advanced shaders like multi layer car paint. 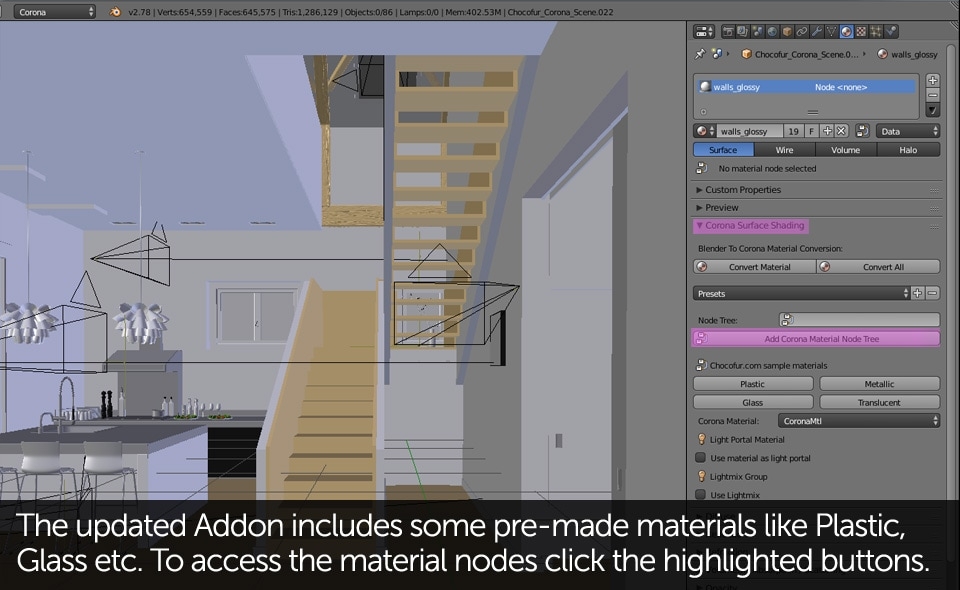 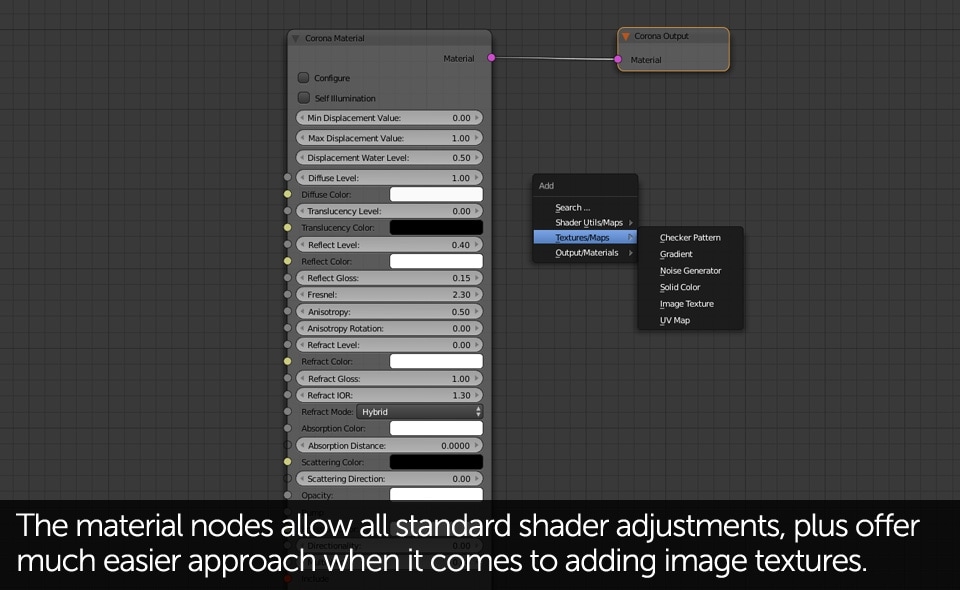 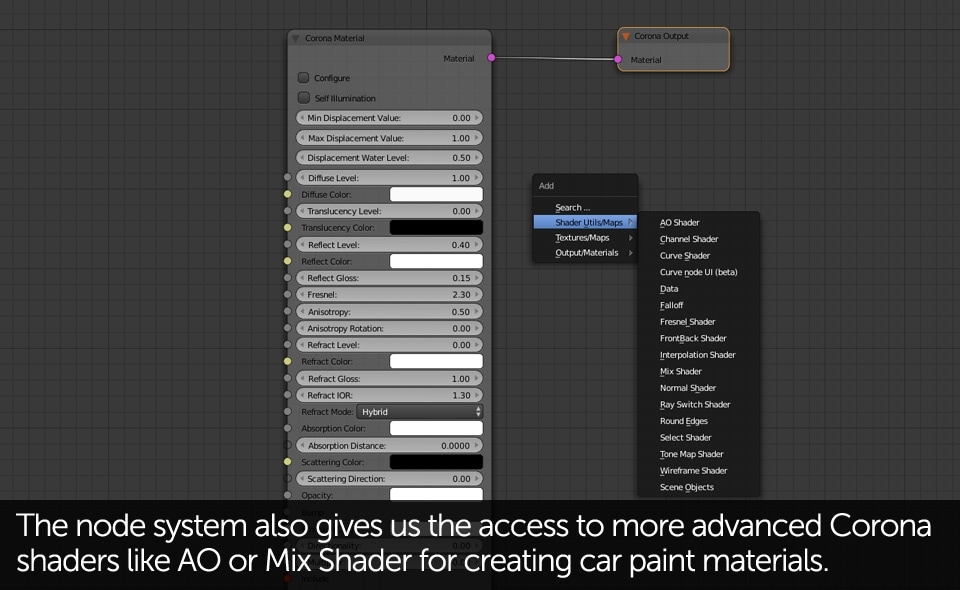 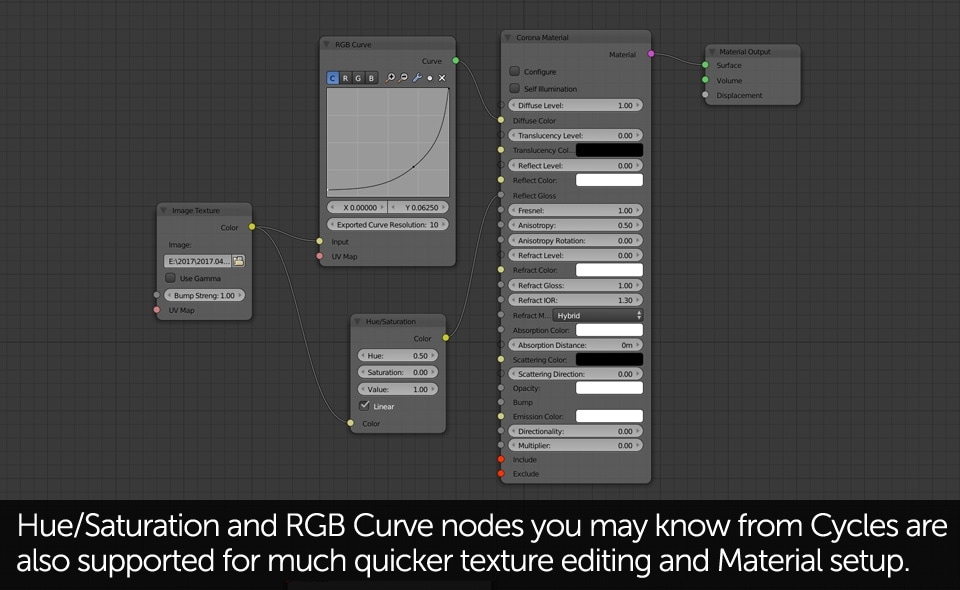 With the new Corona Standalone we can now enhance the rendering even more. Newly added features include ie: Filmic highlights / shadows, Vignetting, Highlight compression (reduction of the over exposed areas) or Curve / LUT profiles. 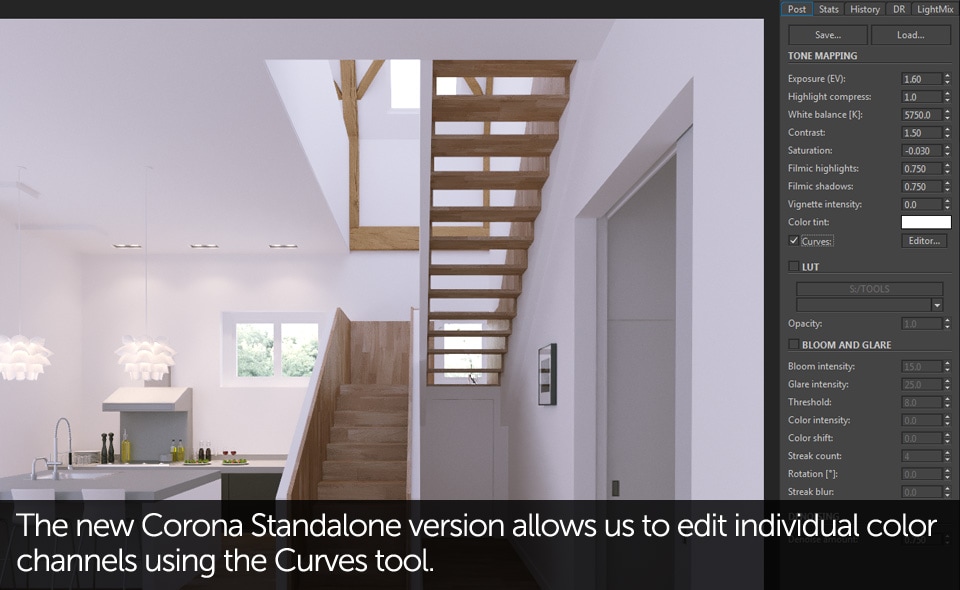 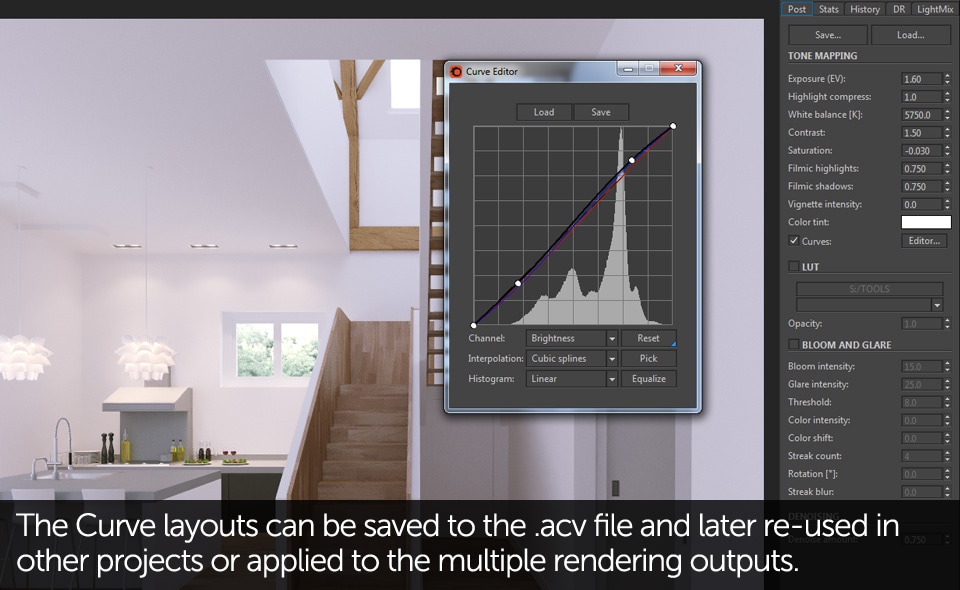 The other new Corona Post feature is the real time Bloom and Glare adjustment. It can be set directly in Blender or edited later in the Frame Buffer (even if the rendering is still in progress). 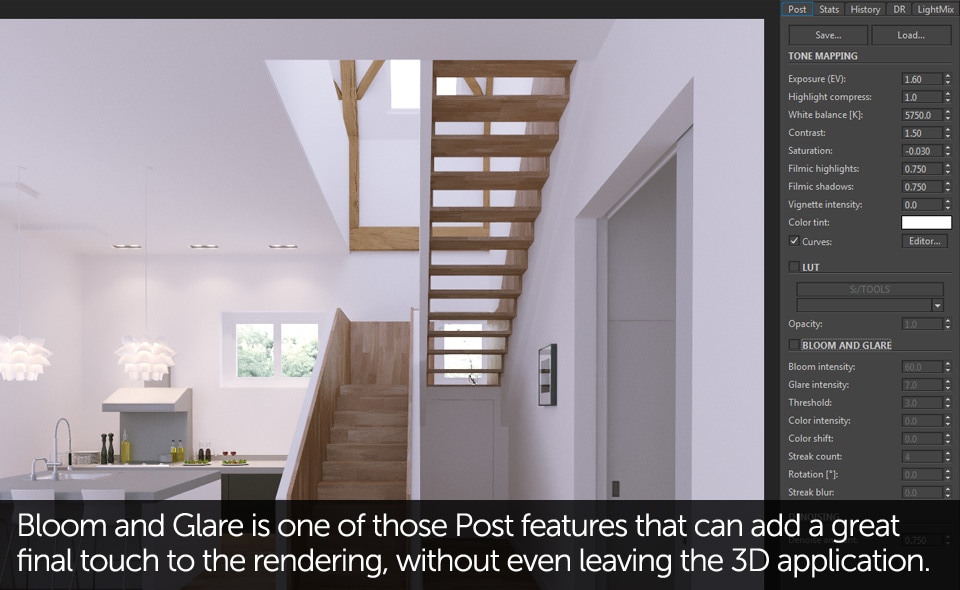 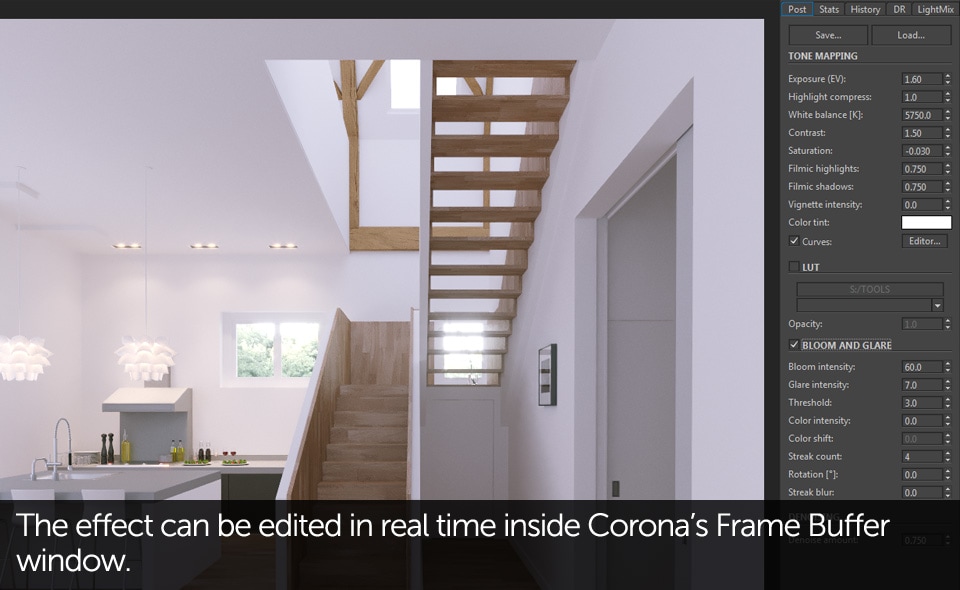 An amazing feature allowing us to change the light's intensity and colors after the rendering is finished (or during the process). Unfortunately it doesn't yet support the Denoiser but can be a real help when working on a complex lighting solutions or working on a multiple illumination setups from the same scene: 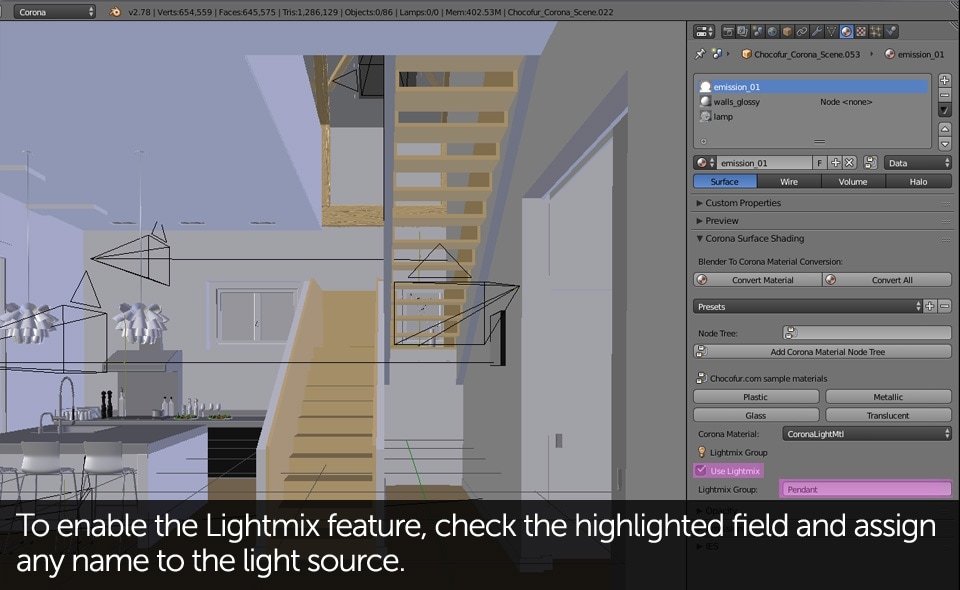 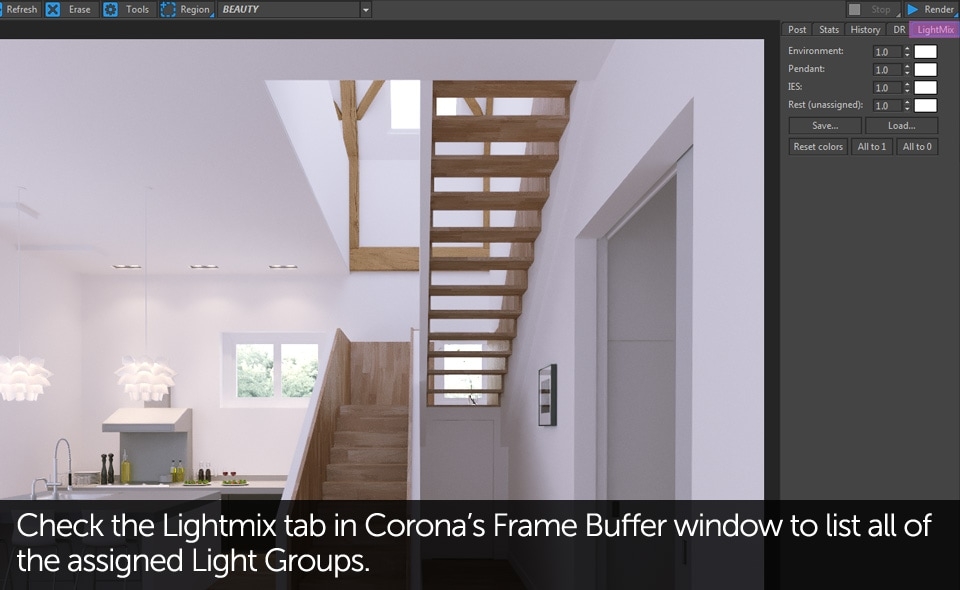 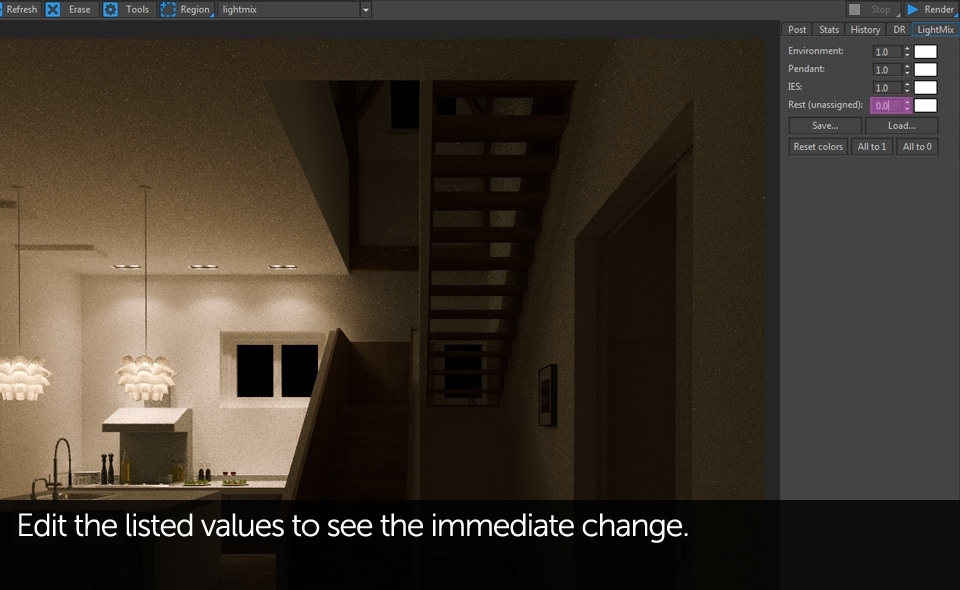 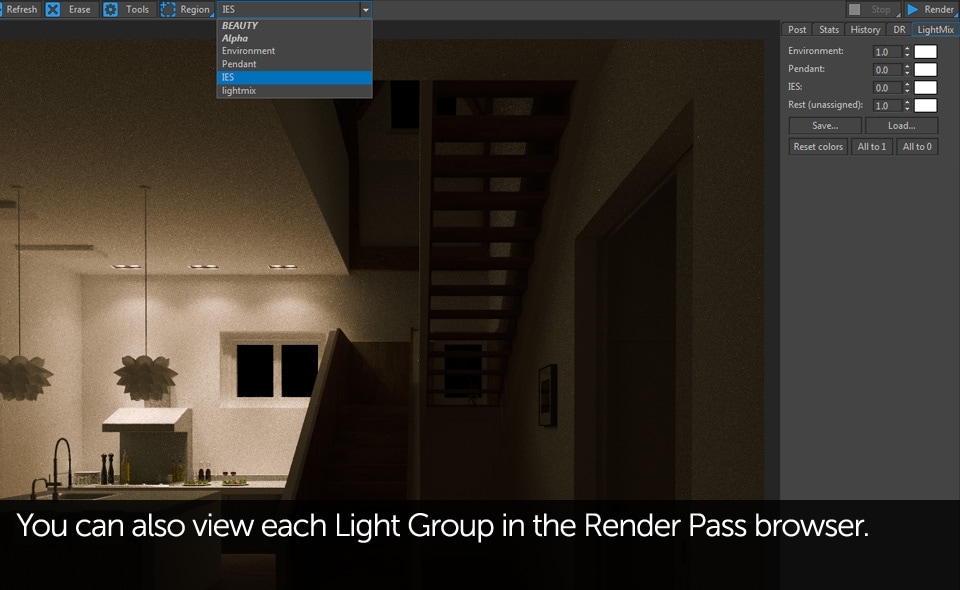 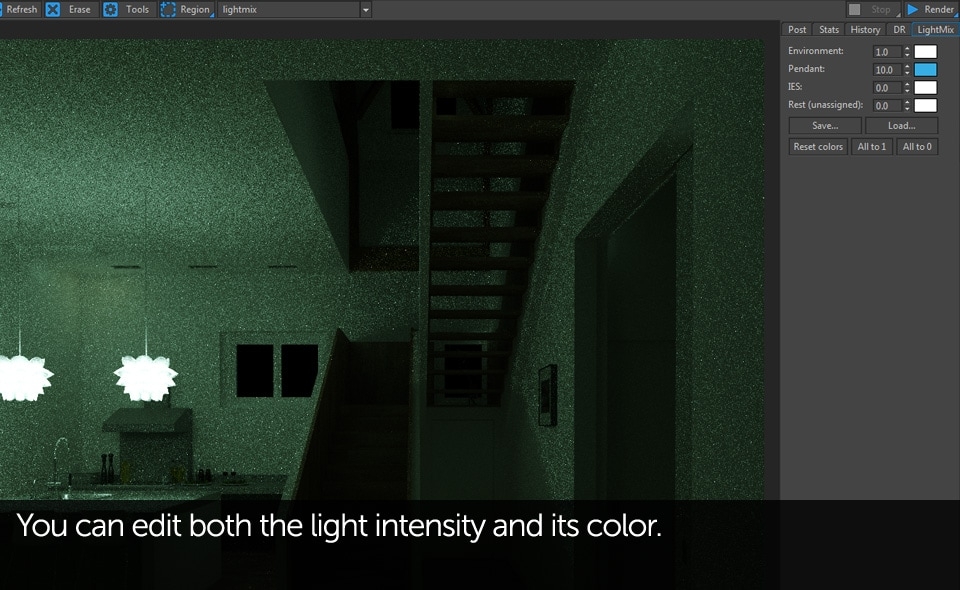 Border Rendering: you can now render only the selected parts of your 3D scene. The border range can be set either in Blender using the CTRL + B shortcut or inside the Frame Buffer window (you can move the border around).

Instance and Hair support: you can now render the multiplied objects and create the large scale forest scenes or grass fields.

Automatic export: the scene setup and material adjustments are now exported automatically every time you render a new image.