During the past couple of years, Cycles has become an integral part of Blender. Blender has now become a much more “production ready” tool than it was back in 2008 when I first started using it. But what does “production ready” actually mean? In this article I’d like to share some of my personal thoughts and experiences on using Cycles in professional work. All image were created by me using Blender and Cycles with some post-production either in Photoshop or After Effects. 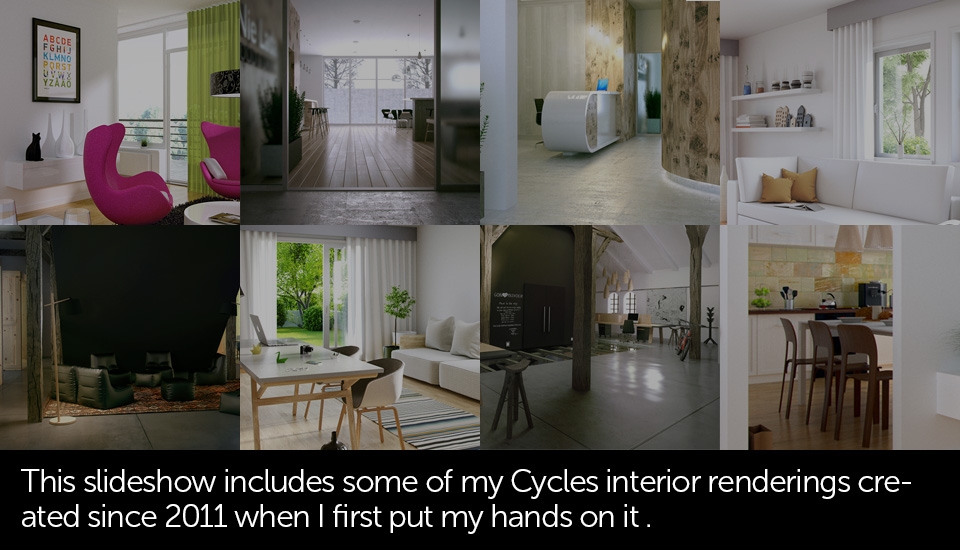 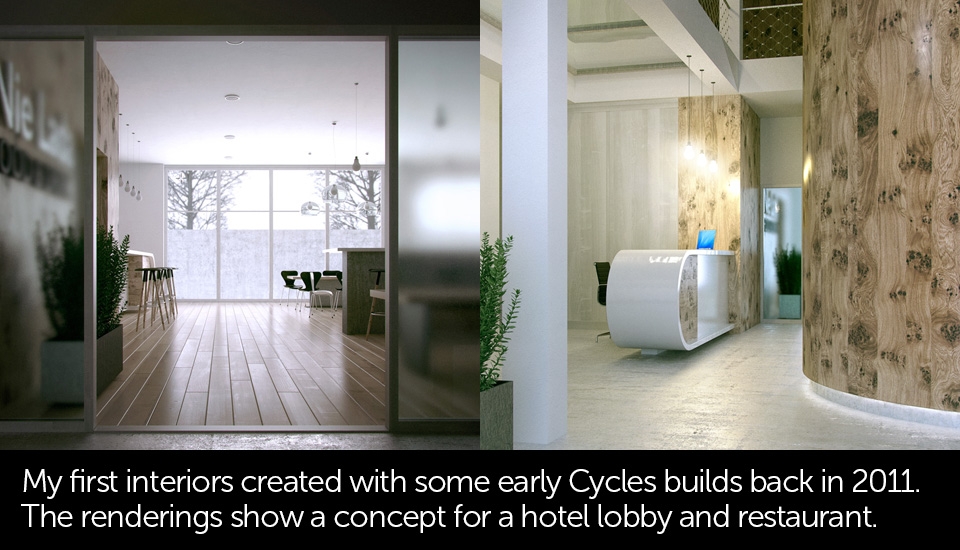 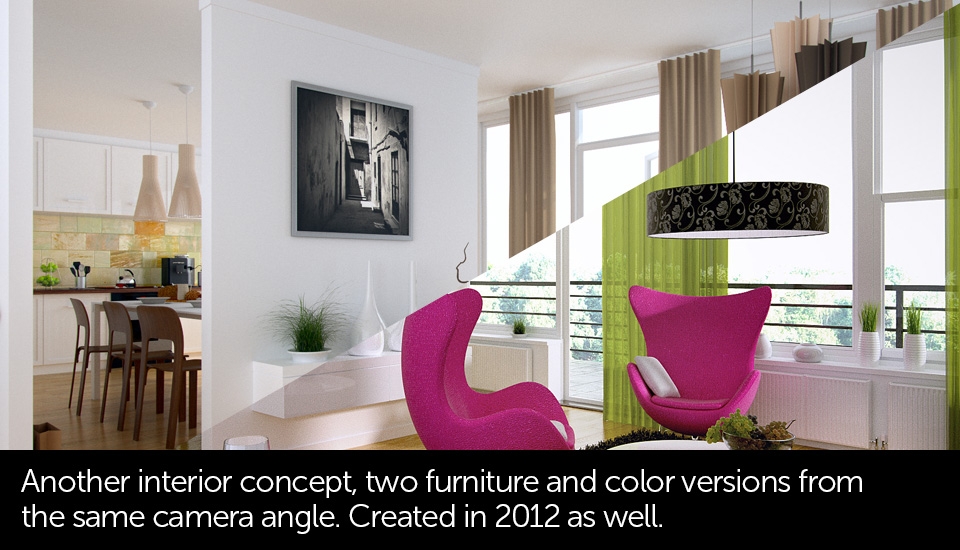 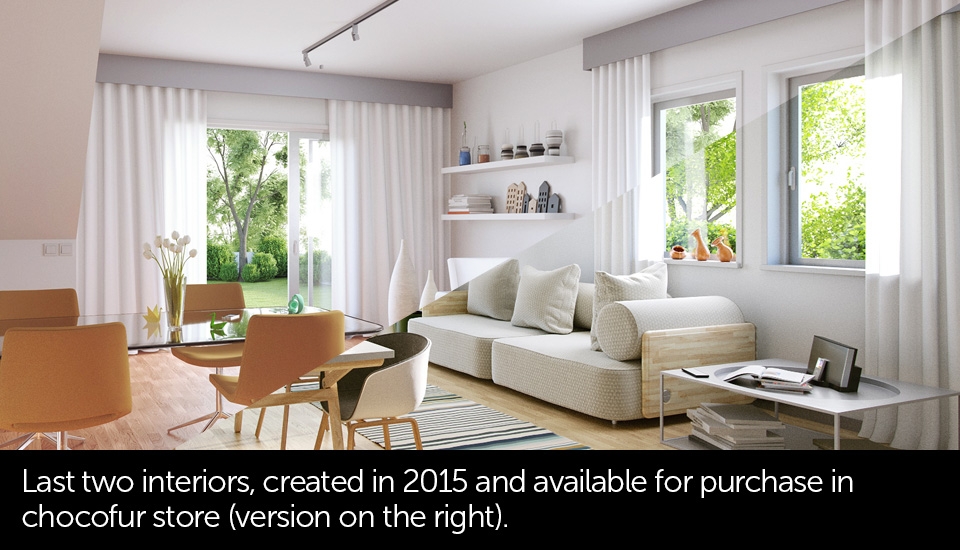 Is Cycles ready for professional use?

Cycles allows you to accomplish different projects and earn money by doing it. Why do I emphasize that? Because I have a feeling there are still many people thinking Blender is used by hobbyists and if you want to make “real” money you have to use “real” 3D tools. That’s one of the myths, its the same as thinking that “production ready” tools are the only ones used by major VFX or game companies. Like any other 3D application, Blender has its advantages and drawbacks but in my opinion, Cycles is a great solution to many small and medium sized companies and freelance artists.

However, to make the best use of it, there are a few important things to understand.

1. Cycles has a specific workflow.

In many ways Cycles is different to other rendering engines available on the market. Cycles gives you a full preview of what’s happening in the scene, allowing you to tweak everything in real time and very quickly see the final results. V-ray, for example has a real time engine but everyone using it knows it does not fully show what will be visible in the final rendering. It’s real time engine is meant to be used for quick illumination and basic shading adjustments. Cycles however gives you an example of the final render all the time and that really changed my approach to rendering projects.
The other thing is Cycles shading system. It looks very different to what you’ve probably seen in other engines. 3DS Max and Octane Render also use node based systems however Cycles with its procedural textures allows you to create some really crazy shaders and work on them without even leaving the 3D viewport. This may be a bit hard to understand at first, as there aren’t many “ready to go” materials available.

Contrary to what many people think, Cycles is not a 100% physically accurate engine. However, it gives you a lot of flexibilityin setting up the rendering method such as physical aspects of each model, light and shader. It “cleans” the picture the way other unbiased rendering engines do but it doesn’t mean that “out of the box” results will look correct. 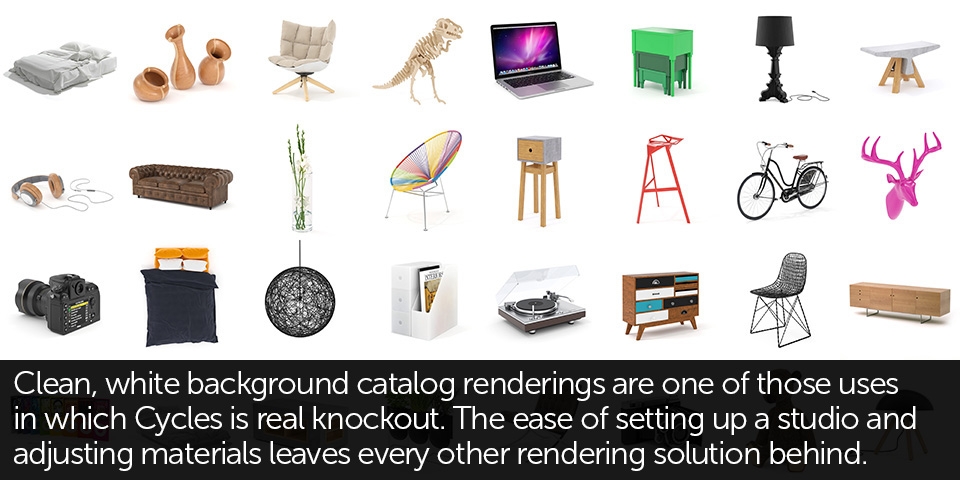 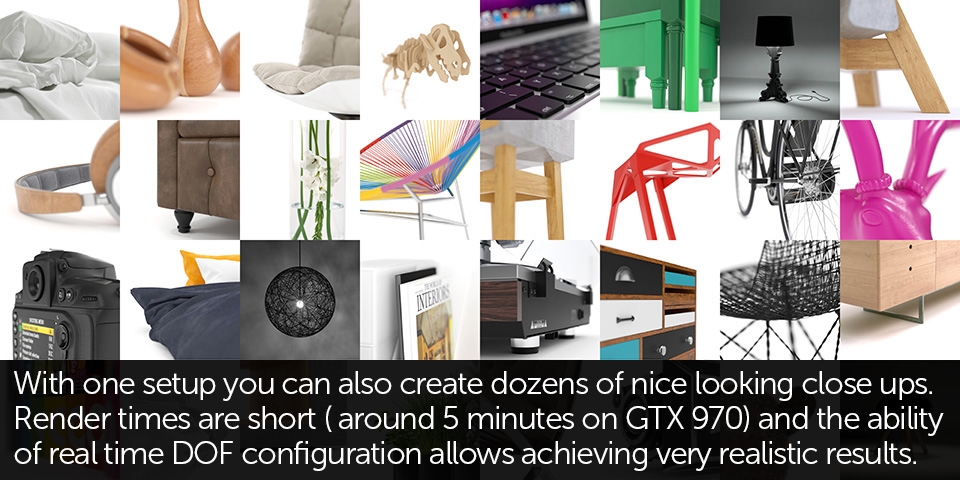 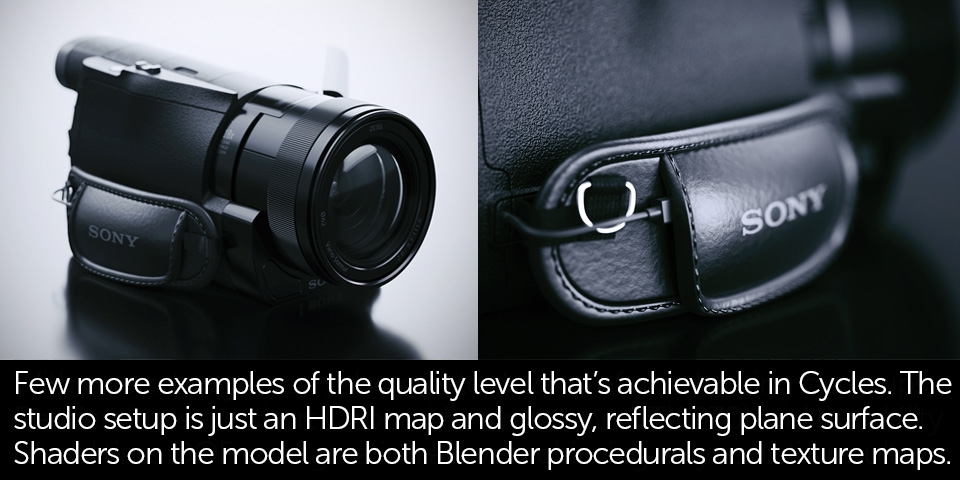 OK, I know this statement is not completely true, I also know the GPU support is a kind of addition to the CPU Cycles version. However, as long as you don’t have a pipeline based on regular render farm use you should not use Cycles on CPU for any commercial work. The main reason is render times - not much to explain here - this is just the way Cycles was coded. I know it could and should be optimized (a bit on that in point 4) but to be honest with you - I have never created a singe CPU based rendering in Cycles. Maybe it is because I’ve migrated from Octane Renderer. From my personal experience, using Cycles with GPU can only bring advantages to your work. It supports almost every feature available for CPU but is multiple times faster at rendering and works fine even on pretty old GPUs. The only drawback I find is encountering the GPU memory limitation sooner rather than later but keep on reading for more onto this topic.

3. Cycles has its best working scenarios

Rendering engines differ in their usability in certain CG situations and Cycles is no different. It’s amazingly fast for all kinds of “general” CG projects made by production companies worldwide. The fact is that what you see in the internet forums is just a tiny percent of what’s actually being created. Why? Because most CG has nothing to do with “art”. Today 3D CG is being used in all possible industries for things not associated with “pure art”. For example, do you really need 3000 plus dollar software to create a 3D type effect for your client’s website? Or do a quick, nice looking, rendering of a paper box in which your product will be packed? There are unlimited ways of using 3D graphics today and Cycles in Blender can really fulfil most needs people have.

There are areas in which Cycles could do better, and is becoming better. For example - rendering interior visualisations is slower in comparison to Corona or Unreal Engine 4 , but still - it doesn’t mean Cycles is useless for this type of project. While it might be slower in some areas, it is Open Source and free while providing the same high quality and professional results as commercial engines. 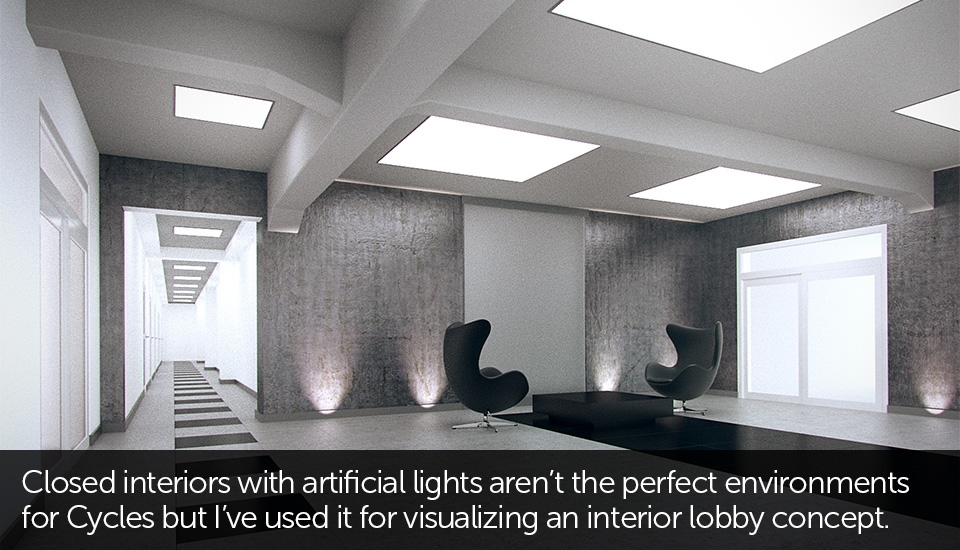 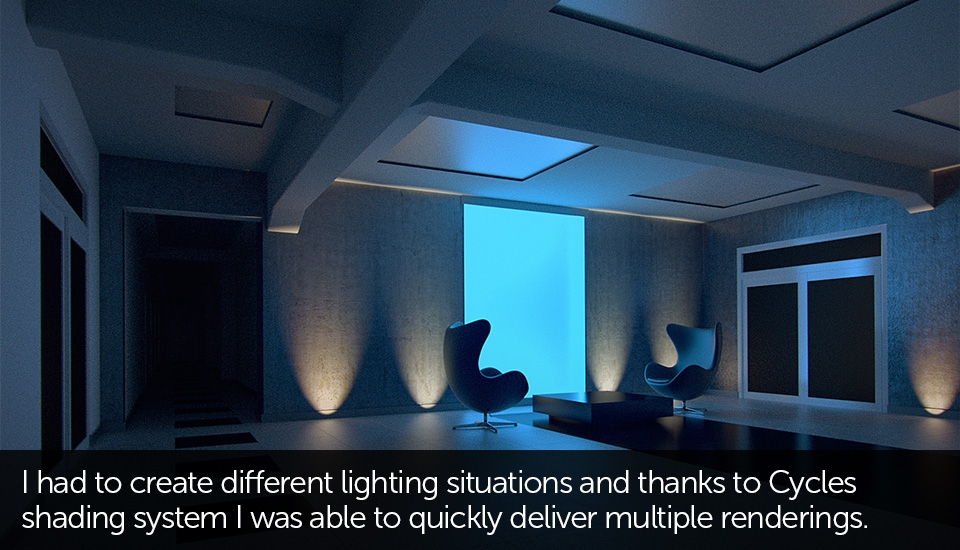 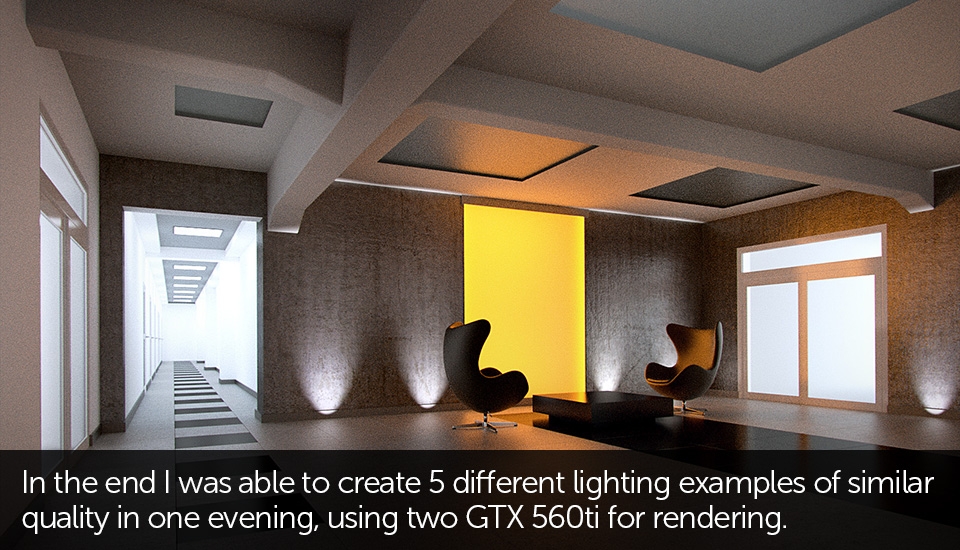 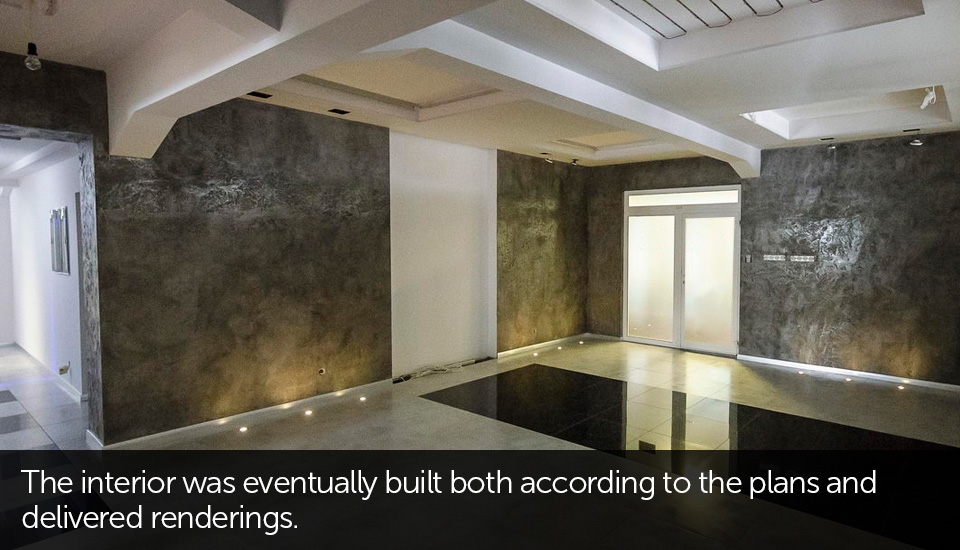 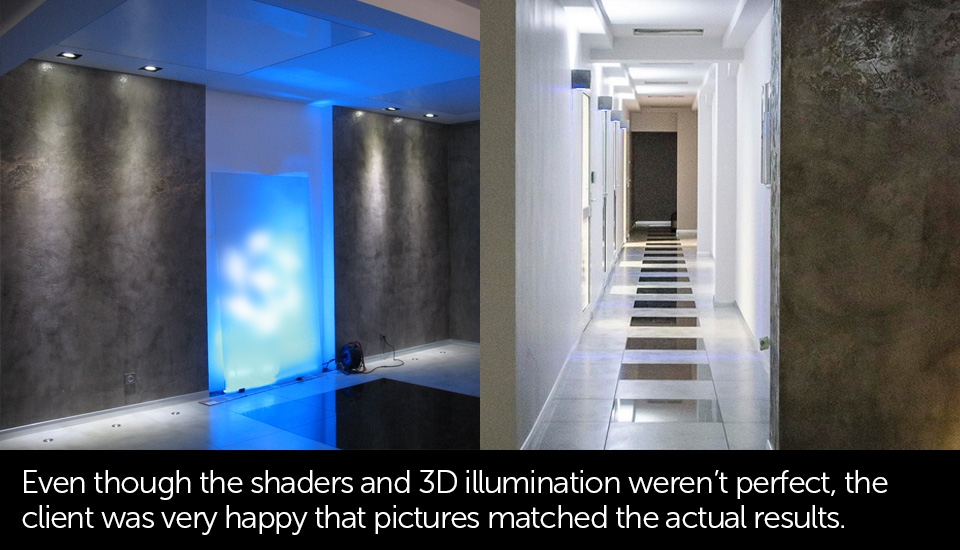 4. Cycles is still under development

This may sound as an excuse but it’s a fact - Cycles is still an unfinished, unoptimized engine that has some bugs, missing features and requires constant development. However, That’s what commercial rendering engines out there had to get through but it did not mean that during that time they couldn’t be used for commercial projects. For example, how often do you need a full, “top notch” displacement effect which cannot be faked in some way? In reality, every rendering system out there has its issues and workarounds, Cycles is no different. Its progress since the first alpha release is tremendous and I’m sure the engine will only get better over time.

How much does running cycles cost?

What I always thought Cycles (and Blender) badly needed and never received was a good, clear cost comparison with other rendering and 3D packages available on the market. Below you can see few of the most popular applications used by people and basic costs associated with them:

The estimation above was based on the prices published on 25th March 2015.

To make this comparison fair it would be good to include all the features that come with each product. However, I’m looking from a perspective of a freelancing 3D generalist who’s often required to simply deliver things fast and nice looking. And I personally guarantee that 80% of these things can be done solely in Blender and Cycles. Again, I want to underline that this applies to general 3D work and for something more specialized it’s usually more convenient to use a dedicated tool. However, do you really need to purchase Z-Brush for creating one or two digital sculpts a year, ADSK Maya to create basic constraint animation or 3ds Max and V-ray to match and render some 3D elements into the photo? I think the price comparison answers all these questions. Note that purchasing both V-ray and Octane for Blender still makes it more affordable solution than getting a single V-ray license for 3ds Max.

Hardware requirements for Cycles is a very interesting topic. As mentioned already, what I would personally recommend using GPU for rendering instead of CPU. The first important thing is the GPU gives faster render times and the second most important thing is the speed of GPU chip-set development. Below I did a small rendering benchmark study using my Scandinavian Interior scene and different Nvidia graphic cards.

As you can clearly see, not even within 2 years it became possible to build a rendering setup working twice as fast as what was once considered the best possible GPU rendering card on the market (i.e. GTX Titan). And that’s for less money! What’s also worth noticing is the power consumption - with a decent PC configuration you’d be able to keep the entire hardware untouched, updating only the graphic cards for much better performance. That’s not possible with any current CPU solution - due to chipset dedicated motherboards you would need to replace the most important and expensive hardware elements and yet that will not give anything close to a 200% rendering speed improvement.

For many years a real bottleneck for Cycles was the low memory capacity of the GPU but that’s also changing. From the hardware point of view, as you can see in the comparison, in 2015 there will be first 12GB graphics card released. With this amount of memory I guarantee you’ll be able to render everything and if not - learn to optimize your scenes a bit. This will result not only in allowing you to finish your projects with better render times.

All interiors from the first slideshow were rendered using 2GB GTX 560 graphics card and the Scandinavian Interior scene (linked below) requires only 1,4 GB memory to be launched. I’ve been also been using a 6GB GTX Titan on my second machine and within 2 years in my experience I never had any situation where the memory limit would be reached. It’s not because the projects were too small. It’s rather due to a careful approach and scene management. With a double 4GB GTX 970 setup I currently own I’m pretty sure it will allow me to easily render most interiors and exteriors I’ll be asked to finalize.

More details
Interior Scene 03
by Chocofur
€48.90
Why then is Cycles not popular?

This is a good question and I think they are a few reasons for that. First of all - Blender is still pretty much niche 3D application. It draws more and more attention from the professional community but needs some extra time to become acknowledged and considered as one of the standard tools. Cycles being an integral part of Blender has to follow that. Another problem I mentioned, in the beginning of the article, is the burden of being “free and open source” which for many people means being “useless in professional work”.

That’s a myth which can be only fought by more and more people working in Blender professionally. This leads to the other issue - lack of professional Blender assets speeding up the work. Have you ever asked yourself why so many people prefer doing architectural visualizations in 3ds Max + V-ray instead of trying out some new (and often better) solutions available nowadays on the market? This is my personal opinion - but I really think the only reason is the immense amount of assets, “ready to go” solutions and tutorials created exclusively for 3ds max. I really find no explanation why someone would choose it over Blender for performing tasks like modelling, texturing, shading and rendering. Really, even the V-ray for Blender is so much more user friendly and smooth in preforming everything. Of course there’s also a “job market” where even 2 man studios, located in the middle of nowhere require you to know 3ds Max, V-ray, After Effects, Nuke, Z-Brush, Mari and Arnold, only to create the renderings of Blender Internal Render quality.

With all that being said, it eventually results in all the good, international forums being full of renderings mostly created in commercial applications, giving the impression that Blender stands way back and is used by nobody. I really hope this article convinces you this is not true. In the end, we really need professionals using Blender who do their job well and share it with the world.

I would like to end this article sharing some of the animations I did in Cycles:

A quick promotional clip created back in 2015 in 3 days only. Average render time per frame: 90 sec so it was all made using a single PC workstation.

Another clip created in 2017. This time it took me approximately 30 days to create everything from 3D scenes, to modeling and video editing,

Thank you everyone for reading, I hope you found this article interesting. Feel free to leave your comment below. If you have any questions, you can also drop them there.