Rendering 360 degree images is available for at least +10 years but it's getting more and more popular nowadays due to increasing popularity of VR headsets and mobile device support. In this short tutorial I'll show how to setup your 3D scene in Blender for 360 panorama rendering and how to prepare your image for VR ready devices and platforms. Let's get started!

Most 360 panorama applications and tools will require 2 to 1 image aspect ratio, meaning your rendering needs a resolution of ie. 2000 by 1000. The usual max resolution for the image is 6000 x 3000 but you can easily control the final size in Blender by using the % slider: 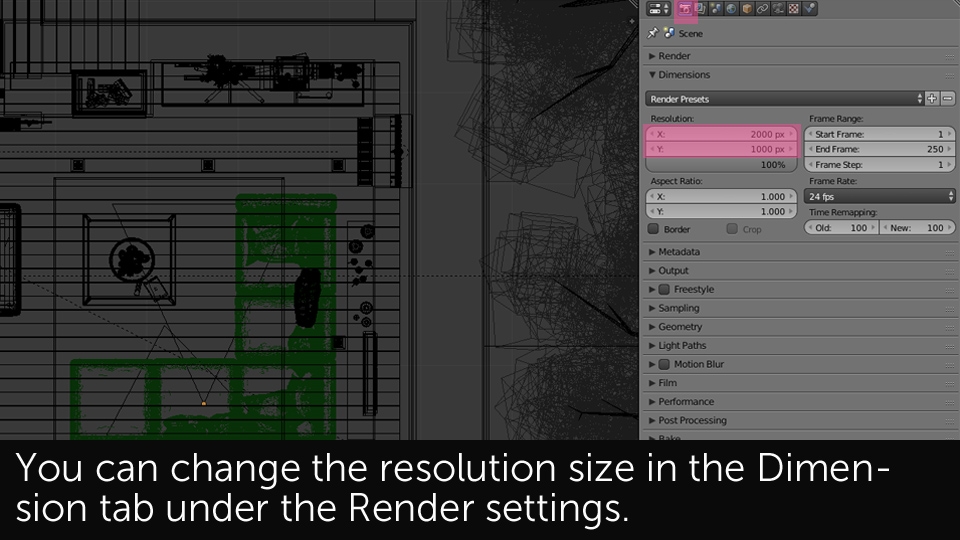 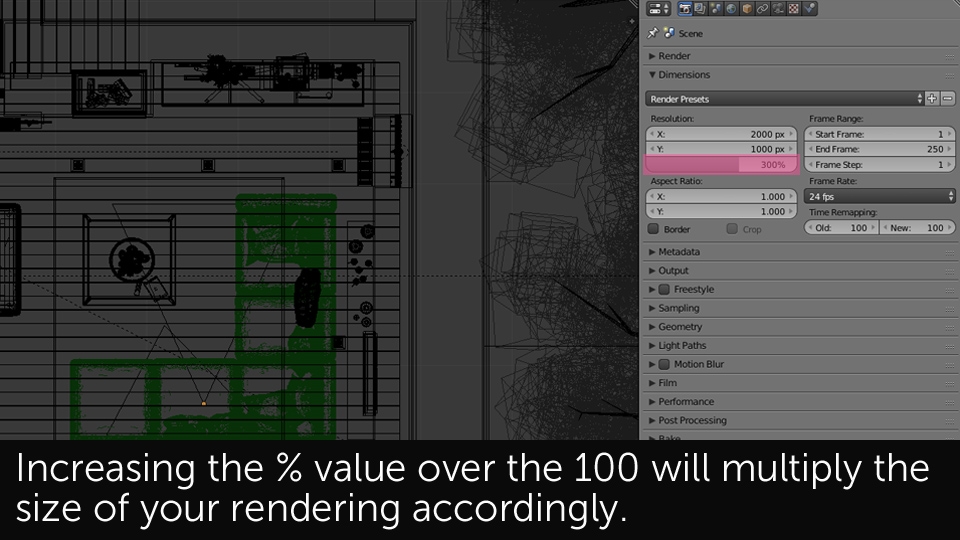 Next comes the camera which has to be used in Panoramic and Equirectangular mode. Keep in mind that what you see in the 3D viewport has nothing to do with the look of the final rendering (so you need more caution with region renders when fixing bugs). You also need to place your camera wisely - preferably somewhere where you'd normally stand yourself. The height of 160 - 180 centimeters will work fine in most of the cases (too low or too high camera will distort the 360 rendering too much). 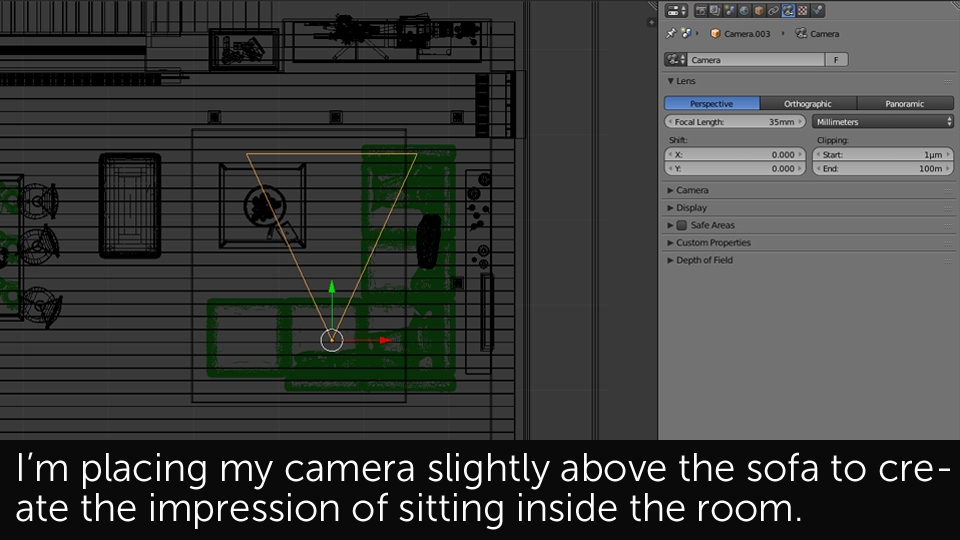 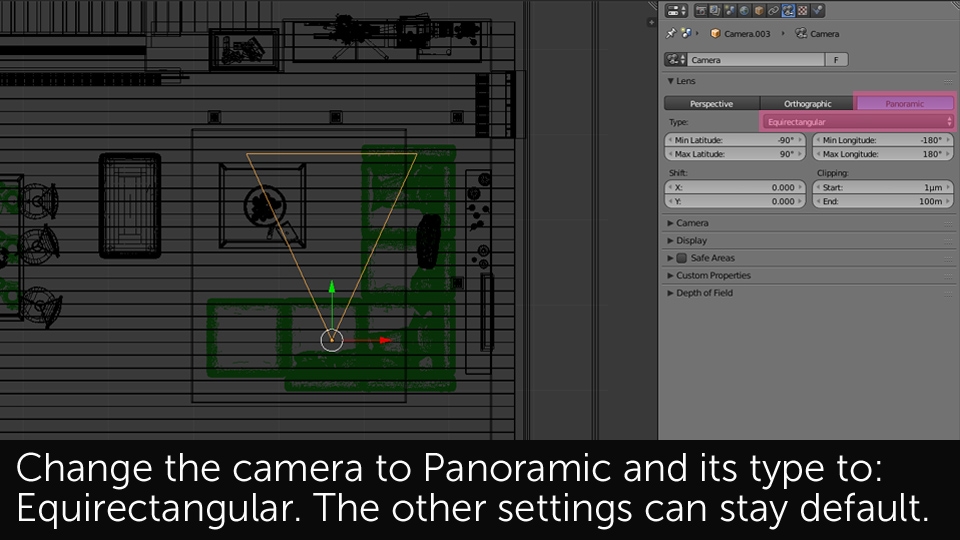 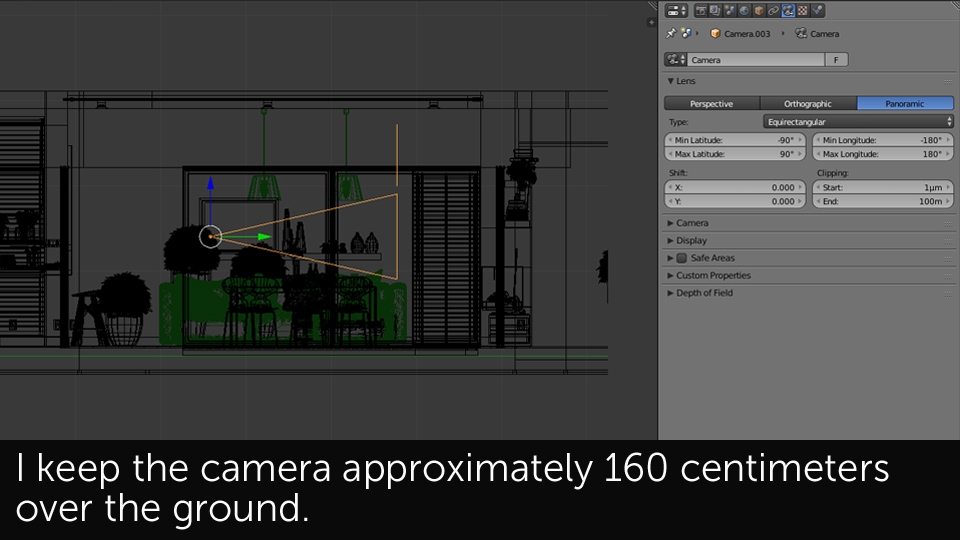 Sites like 360player.io are ready to process and display your 360 renderings correctly out of the box. In many cases however, you still need to modify the image's meta data in order to be viewed properly (for example if you want to post your 360 rendering on Facebook).

The fastest way of doing it is using some online tools like: thexifer.net. After dragging and dropping your rendering to the app, go to the XMP GPano Tags, find the Projection Type property and add Equirectangular. After saving and re-downloading your image it is now ready to be used in almost every 360 Panorama viewer. 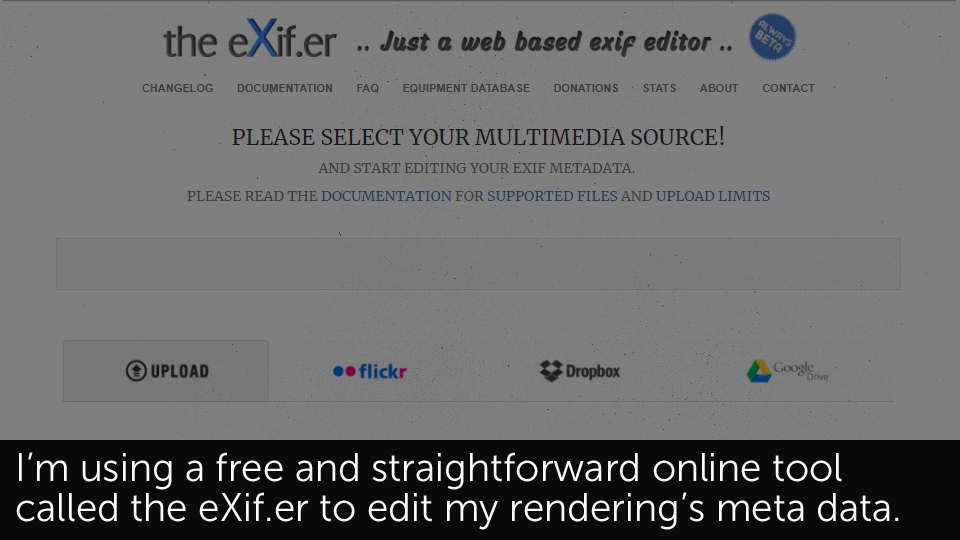 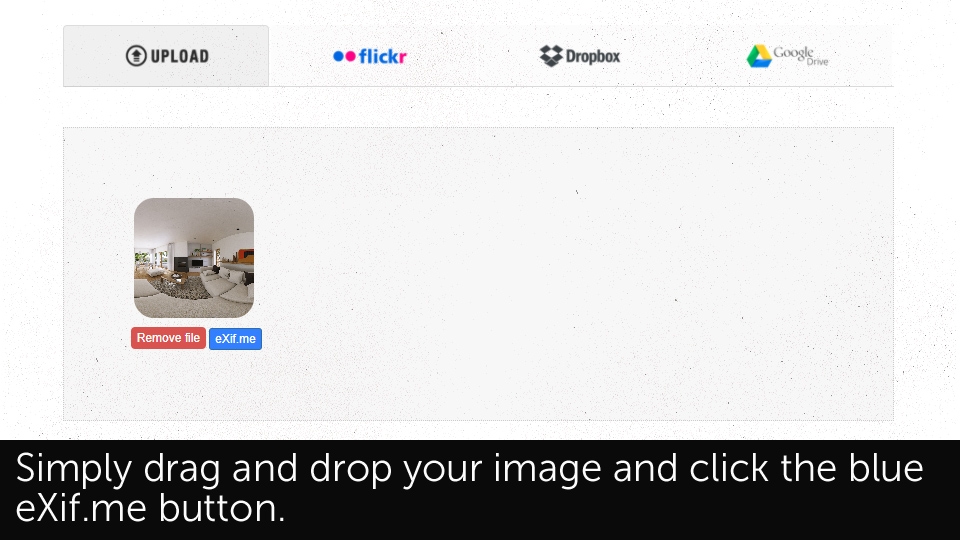 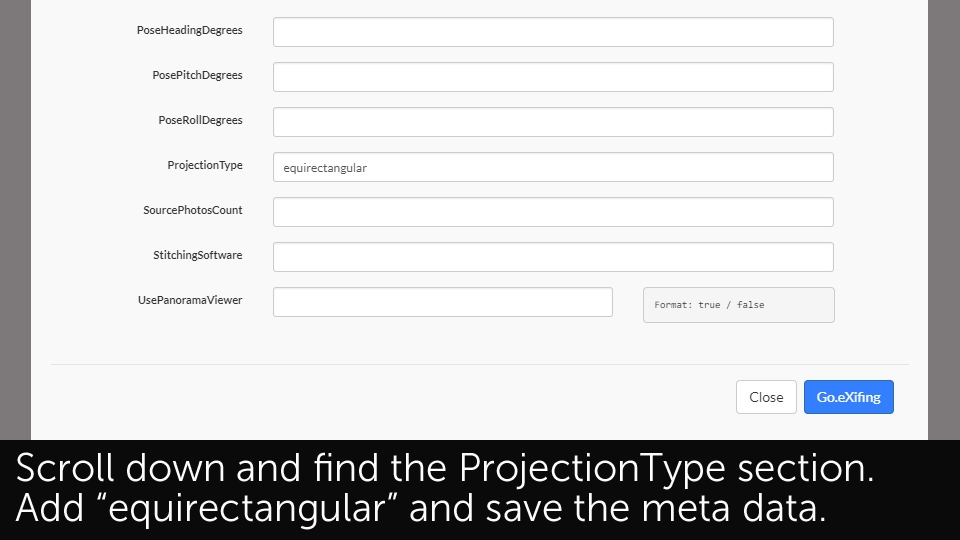 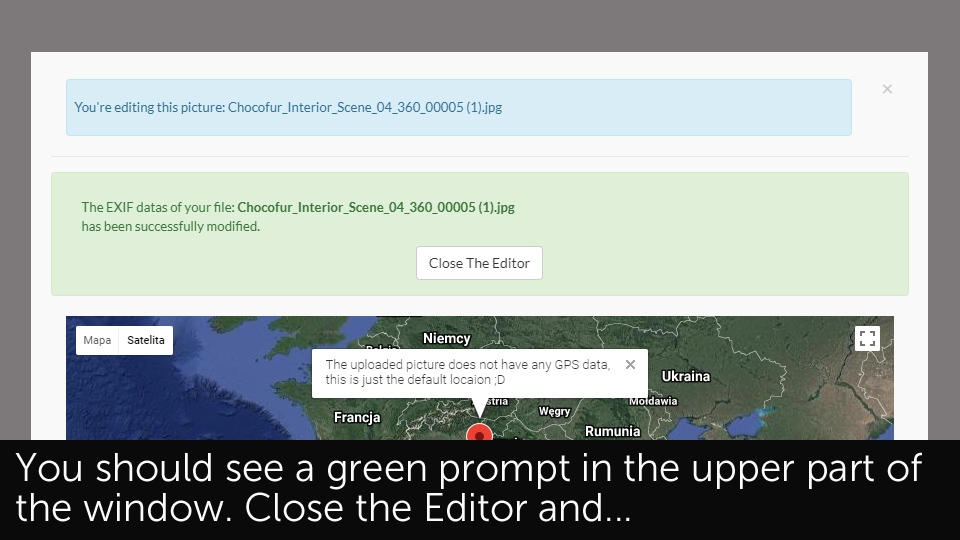 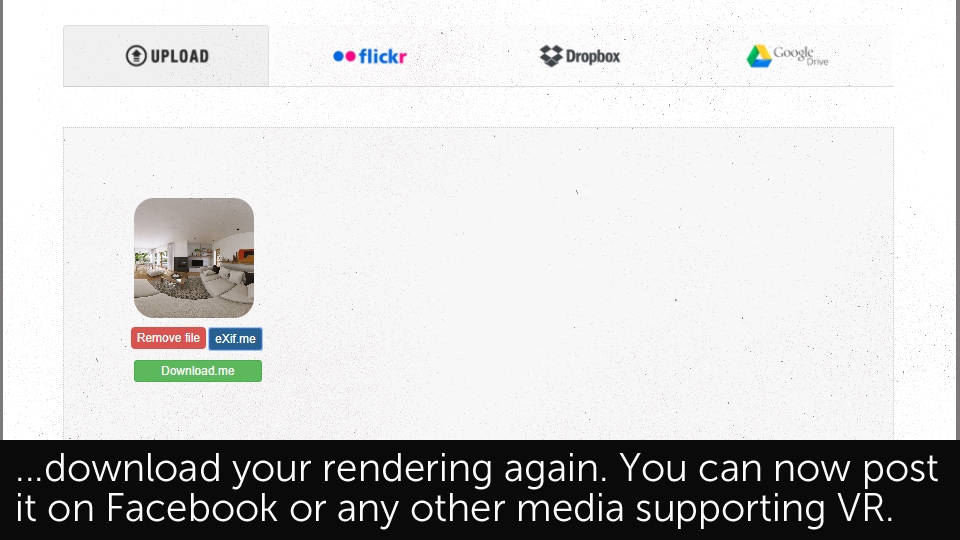 Below you can find scenes used in this tutorial

Rendering 360 panoramas is a great way of making your static images and scenes much more interesting to the viewers, especially today when you can also experience them via VR headsets. As you can see now, they're easy to render and knowing few more tricks on meta data editing makes life much more easier :)

I hope this short Quick Tip Tutorial was informative and you find it useful. Now go and share your 360 renderings with others! 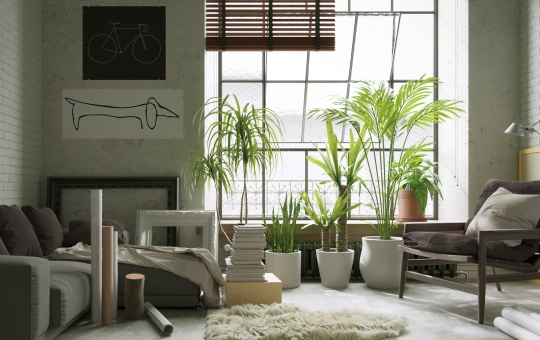 In this short tutorial, I'll show how to set up your 3D scene in Blender for 360 panorama rendering and how to prepare your image for VR-ready devices and platforms. 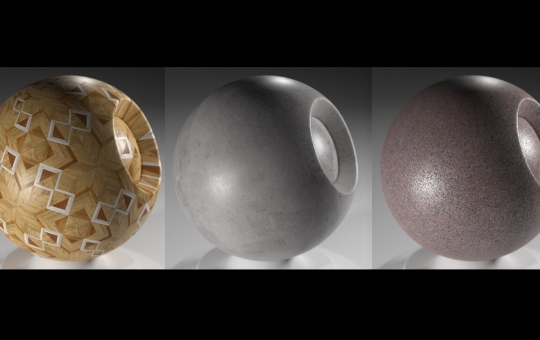 Quick Base Material Setup in Blender 2.80

In the video included in this short tutorial, I wanted to share my technique for creating base glossy shaders, based on a single texture map only. 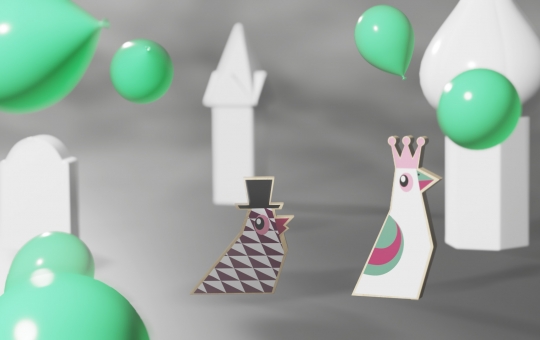 In the video tutorial linked below I will explain how to quickly add a volumetric effect into your Blender 2.80 and Eevee scene. 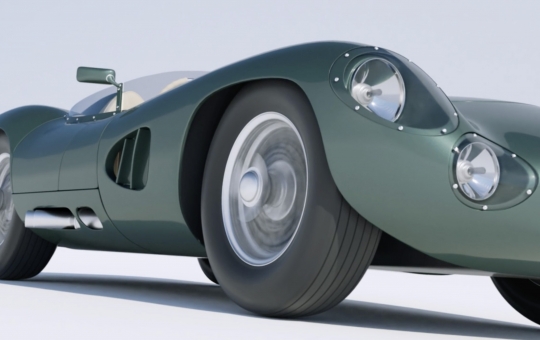 In the video included in this short tutorial, I'm showing you how to create the car rig system using an Empty object and Blender's Drivers system. 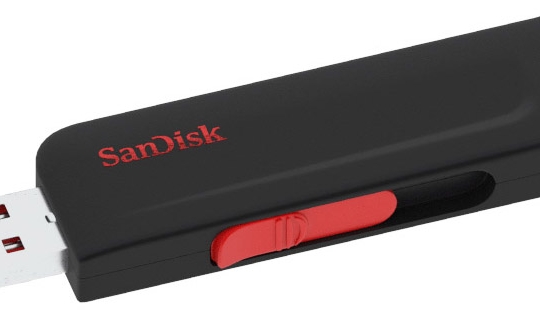 Shape Keys allow you to keep multiple different shapes within a single Object in Blender. You're not only able to quickly switch between these shapes but also blend them together in order to achieve completely new looks. 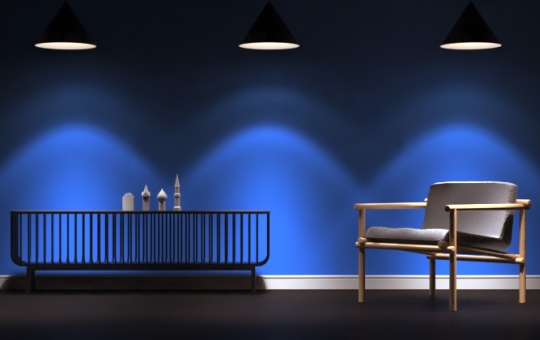 In this quick tip tutorial, we'll be focusing on a very specific way of illuminating a 3D environment, using IES types of lights. What does the IES mean? Let's find out! 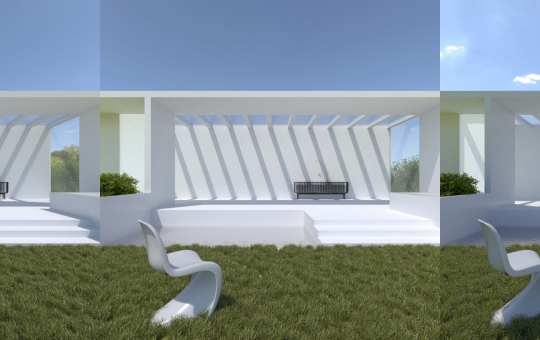 In this short guide I'd like to show you a cool and quick way to setup some very realistic global illumination, in just a matter of seconds with Chocofur HDR maps or minutes (when you have to do things yourself). 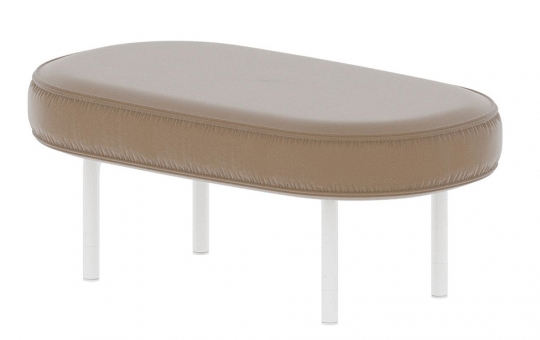 In this short tutorial, we'll be explaining our approach to modeling wrinkles in 3D furniture fabric. After reading through this page you should be able to create models like the one seen above. So let's get started!